In Search of a Ragtime Uker

In Search of Ragtime Uker:

Growing up in Milwaukee, i remember the magic of summers off, hanging out at the park, playing ball, riding my mini-bike, sitting on the front porch listening to the Brewer's game on the radio, staying out late, and lighting fireworks in July. Yet, of all of these memories, one in particular plays itself over and over like a broken record...

I'm out in the street playing whiffle ball with my buddies, when i hear off in the distance a piano rag blaring thru a speaker, enticing all the kids to come closer, in a manner that would make Pavlov proud.

As it gets closer, all of the kids in the street scatter to the four corners of the world running into our respective houses, only to return with our coins-a-jangling, and an intense salivation for something sweet.  Yep! The ice cream truck only played two tunes in my hood...1) Turkey In The Straw and The Entertainer by Scott Joplin, the great African American Ragtime composer.

I remember humming that infectious melody thru the night, lulled to sleep by the summer breeze wafting thru my window and the remnants of Congo Square still buzzing in my ear like a bee sting.

The rest is, as they say history, as i never forgot how incredibly moved those kind of tunes made me feel each and every time i heard them played.

For those who have never listened to nor studied any of the great Ragtime composers let me give you a little background. "Ragtime is a musical composition for the piano comprising three or four sections containing sixteen measures each which combines a syncopated melody accompanied by an even, duple rhythm." (pg. 1 Rags And Ragtime: A history) But to put it in layman's terms, my grandpa said that "without Ragtime there wouldn't be no Irving Berlin, George Gershwin or Tin Pan Alley."
To him it was just that simple.

While most folks today recognize classic tunes like Joplin's Maple Leaf Rag ( which sold millions of copies of sheet music), The Entertainer, Dill Pickles and The 12th Street Rag to name just a few, what they don't know is that its syncopating patterns, owed themselves more to the Afro-American Minstrel Banjo than the piano players that Joplin inspired.

The 1st Ragtime piece was published in 1897 and remained vital until Tin Pan Alley, and changing tastes made it obsolete. While some saw it as a fad, none can doubt that it was everywhere in the early 1900's, from sheet music, phono records, and piano rolls to plays and derivative dance forms. Interestingly, even in its heyday, it has been said that no two ragtime players sounded alike. Just listen to The Library of Congress Recordings of Jelly Roll Morton and confirm for yourself that Ragtime, was so wide and varied that no two people could explain it in a manner that might hold some sense of cohesion. One thing's for sure, the emergence of Jazz and later Stride forms of piano playing, began to snuff out any chance Ragtime had at becoming a lasting, vital form of music.

The oversimplification of Ragtime by Tin Pan Alley writers led to the emergence of  what was then called: "coon songs." To make a coon song, you take a tad of syncopation, a bit of the ragtime chord cycle and some non-sense lyrics and make a tune.Think Bill Bailey, Alexanders Ragtime Band and Darktown Strutters Ball and then you'll start to get the sense of what i am talking about. Berlin went on to write, Yiddle On Your Fiddle And Play Some Ragtime, among the hundreds of other tunes that referenced the word Rag in it.

Even Ragtime's most honored players hold the key to some long lost history that American's have yet to claim, and so the dispossessed of Uncle Sam's Ragged-Time Band, walk the streets of her tired cities, weary of her broken promise, yet, refusing to be buried and simply forgotten. They were men like Brun Campbell "The Ragtime Kid," Charles L. Johnson, Percy Wenrich "The Joplin Kid," Charles Hunter, Louis Chauvin, Scott Hayden, Arthur Marshall, Scott Joplin, Blind Tom, and James Scott to name a few.

If the ghosts of Ragtime past can take any solice at all, it might be in knowing that more than a 100 years later, most musicologists agree on one thing, Scott Joplin is one of the founding fathers of American Music.

All of which leads us to the town of Lansing, MI where a fella named Brian Hefferan lives, works and plys his craft as ukulele player and music history lover!

Brian is something of an anomaly, in an era where everything sounds commercially identical and an American Idol mentality is teaching our kids that they need to look, sound, holler, and pretend to be something other than themselves. Brian Hefferan is a startaling breath of fresh air...not just because he is so firmly roots in the bedrock of Americana, but because he is of that rare breed of musician, who knows how to walk firmly entrenched in past while looking to the future....but the best part is that he and he's one heck of a fine ukulele player, with a unique style all his own combining bluegrass banjo rolls, with

I first met Brian in the mid 90's when Elderly Instruments in Lansing, began selling my first ukulele album: Uketown and featured it in their catalog as a hot platter.  Brian, knew everything one could hope to know about the ukulele and its early strummer's and crooners. He had amassed an impressive collection of 78's, sheet music, mp3s, phonograph records and instruments, and in so doing,  made quite an impression on any aspiring uke geek like me. Later we both showed up at The Midwest's Indy Uke Fest and from that moment on, i have been a Hefferan fan. Brian plays ukulele and sings and his talented and lovely wife Lynn plays a home-made upright bass, together they have revived everything from Sentimental love songs to obscure ragtime instrumentals and even early blues.

To say i am impressed with Brian's devotion to arranging early ragtime for the ukulele is an understatement. He painstakingly spends months working on a single piece of sheet music or early recording and perfects his craft of playing rags on the uke. I don't know of anyone else outside of the late John King who has so much enthusiasm for the old stuff and the best part about it is Brian is more than willing to share what he has learned with friends and fellow enthusiasts where ever he may be. To me, guys like Brian are a national treasure, both preserving our riches and treasures as a nation, as well as building on these respective traditions (See Brian's CD: Raspberry Rag: a collection of rooted original instrumental tunes), (Also check out Brian's CD Music Box Rag: A collection of Rags, Cakewalks & Marches from the dawn of the 20th Century)

While Brian doesn't tour as much as some, he can be found at Midwestern Ukulele Festivals and many events around his home state of Michigan serenading the masses with his authentic love for all things uke!

Here is an interview i did with Brian in 2011 while i was touring in MI. It will shed some much needed light on his interesting approach to arranging rags on ukulele.

Interview & Spotlight On Uke Hunt W/Al Wood     The following post is part feature and part interview, that I... 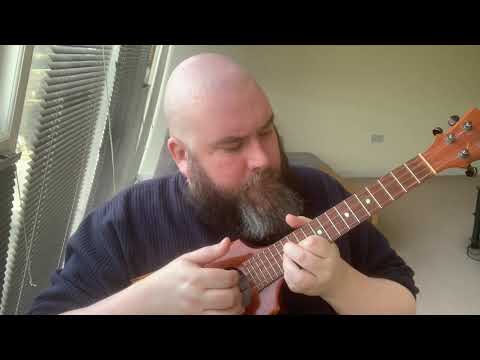 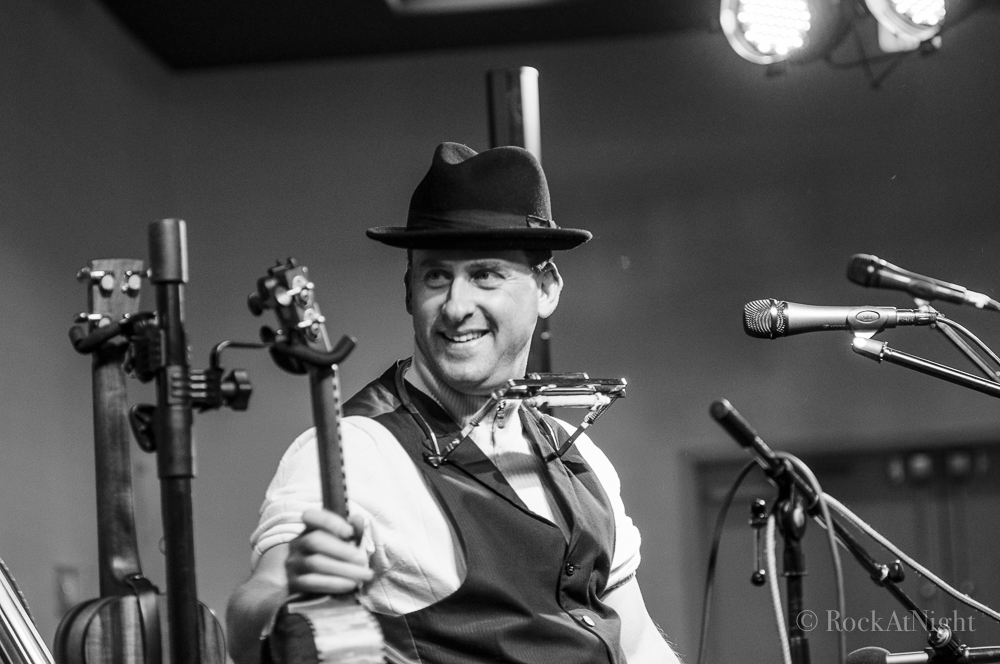 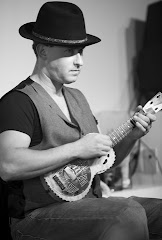 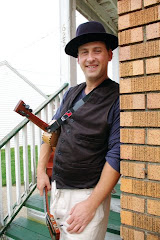 Blues for the People

I Can’t Keep the Past behind Me

Around The Campfire (w/Larry Penn)

The Happiest Way to be Sad

You can play Harmonica Today

You Can Play Harmonica Today DVD